“Ashitaba” (Angelica keiskei) is a tra-ditional vegetable unique to Japan. Ashitaba contains an abundance of vitamins, dietary fiber and polyphenols such as chalcones. We previously reported anti-diabetic behavior of chalcones from Ashitaba. In this study, we evaluated the efficacy and safety of Ashitaba on patients and candidates with MetS.

There were no adverse clinical changes in blood analysis and urinary analysis, and no serious symptom was observed.

These results indicate that it is possible that Ashitaba is a useful and safe food-stuff for the prevention of MetS.

Metabolic syndrome (MetS) is characterized as a cluster of risk factors of cardiovascular disease (CVD) including visceral obesity, hyperglycemia, hypertension and dyslipidemia1,2). In Japan, CVD is a major cause of mortality next to cancer and accounts for almost 25% of all deaths. According to the national health and nutrition survey by the Ministry of Health, Labor and Welfare of Japan, 50% of men and 20% of women aged 40–74 years are patients or candidates with MetS (https://www.mhlw.go.jp/houdou/2009/11/dl/h1109-1b.pdf). It is well known that dietary intervention and moderate exercise are effective for the prevention or the treatment of MetS. However, these lifestyle modifications are difficult to continue and are often neglected. Recently, it was indicated that Japanese tradi-tional foodstuff such as green tea, soybean and seaweed were effective for preventing and ameliorating obesity, diabetes and dyslipidemia3–5). 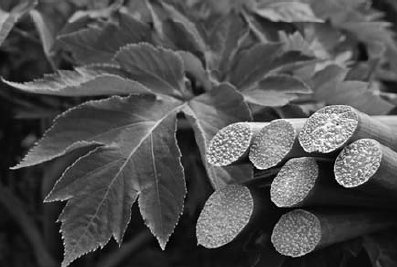 “Ashitaba” (Angelica keiskei, Umbelliferae) is a traditional vegetable unique to Japan (Fig. 1). Ashitaba has long been considered a folk remedy, used as a diuretic, laxative, analeptic and galactagogue in the Izu islands for a long time6). Nowa-days, fresh leaves of Ashitaba are widely used for green juice and health-promoting food in Japan. Ashitaba contains an abundance of nutrients such as vitamin A, vitamin K, minerals and dietary fiber. Further, it was reported that Ashitaba con-tained chalcones (a kind of polyphenol) and coumarins7–11).

Our previous studies indicated that xanthoangelol (XA) and 4-hydroxyderricin (4HD), major chalcones from Ashitaba, exhibited insulin-like behaviors and ameliorated hyperglycemia in KK-Ay type II diabetic mice20,21). Further, we reported that long-term inges-tion of Ashitaba green juice reduced HbA1c level and increased serum level of adiponectin, an anti-MetS hormone, on borderline and mild diabetes22). These findings suggest that Ashitaba may be useful for prevention and treatment of MetS, but little is known with regard to the effect of Ashitaba on MetS. In this study, we evaluated the efficacy and safety of Ashitaba on patients and candidates with MetS.

Japanese adult subjects (7 male, 2 female) were screened according to the following criteria.

3. One or more of the following;

1. Patients who take any medicine (including warfarin)

2. Patients with severe disease or complications

At the point of screening, all subjects provided written informed consent and were given a full explanation about procedures, test samples and their right to resign.

This study was designed as an open label pilot study. Two weeks after screening, subjects ingested 2 packs of test samples per day with water (one at breakfast or lunch and one at supper) for 8 weeks. The dose of the test sample (6.2 g granules con-taining 12.3 mg chalcones) was designed according to the results in our previous report22). Subjects were visited each 4 week-period for collection of blood and urine samples, mea-surement of physical parameters and medical history review.

Subjects were requested not to change daily lifestyle habits such as exercise, dietary habits, dinking alcohol and smoking during the test period. The study was performed in accordance with the Declaration of Helsinki and was approved by the Ethical committee of the Soujinkai Mareesia Garden Clinic (Tokyo, Japan).

Serum levels of HbA1c, adiponectin and leptin were measured at week 0 and 8.

Each value is expressed as mean ± standard deviation. A paired t-test was used to analyze the changes from week 0 to week 4 and 8. P < 0.05 was considered to be significant.

The characteristics of nine subjects (7 male, 2 female) at a point of screening were shown in Table 1. 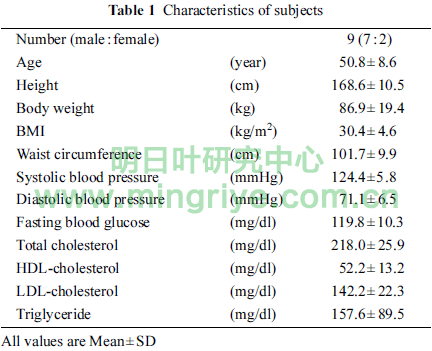 However, there was no significance in SFA between week 0 and week 8.

The changes in body composition were shown in Table 3.

Table 4 showed the changes of blood parameters and blood pressure. 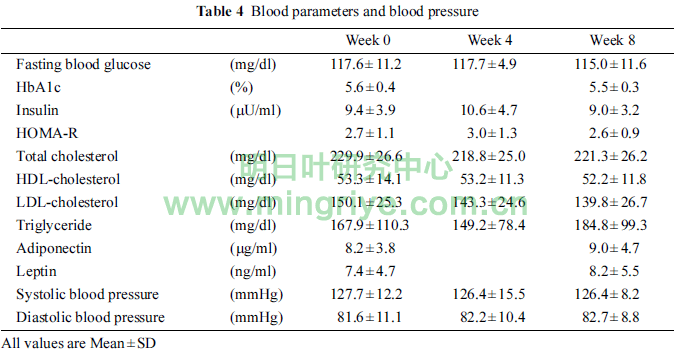 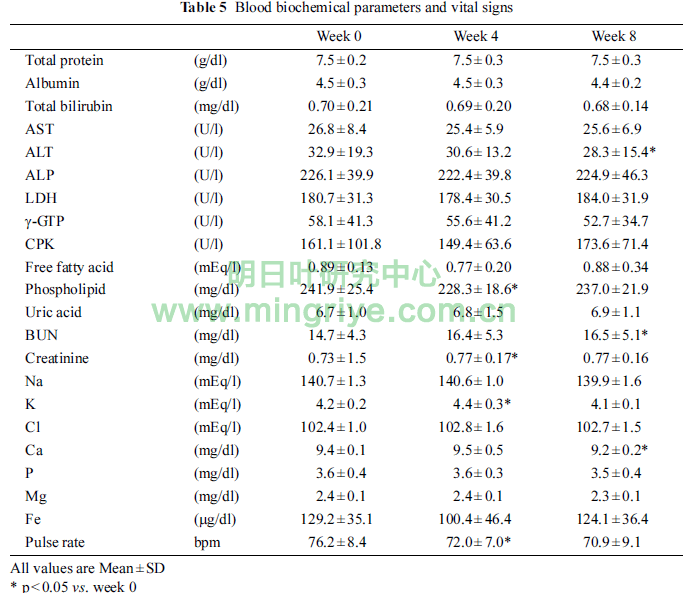 The changes of hematological parameters were showed in Table 6. 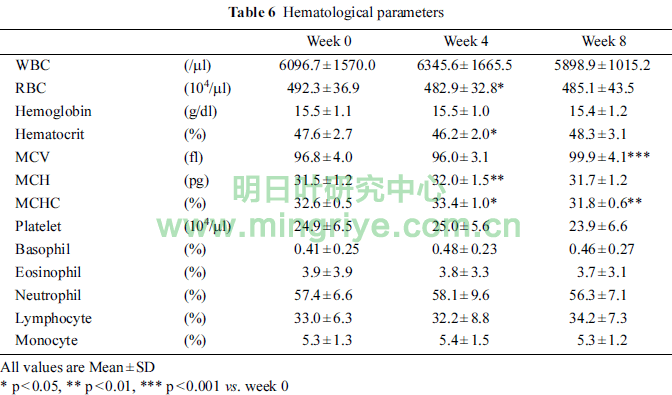 In urinary tests, positive reaction for occult blood was observed in 1 male subject at week 4. However, this case was considered not to be related to ingestion of test sample. No abnormal changes were observed in other urinary parameters.

We evaluated efficacy and safety of Ashitaba, a Japanese traditional vegetable, on the patients and candidates with MetS. In this study, ingestion of Ashitaba green juice for 8 weeks remarkably reduced visceral fat. Moreover, reduction of body weight, BMI and body fat was observed at a point of week 4 and 8. It is well known that the excess of visceral fat, rather than subcutaneous fat, causes diabetes, hypertension and dyslipidemia1). Visceral fat reduction is effective to improve MetS and to prevent atherosclerotic CVD23,24). Therefore, these results suggest that Ashitaba has potential for preventing MetS by reducing visceral fat.

Therefore, these findings support that chalcones, active com-ponents of Ashitaba, may improve visceral obesity by enhance-ment of adipogenesis and adiponectin production.

In this study, LDL-cholesterol tended to decrease with the ingestion of Ashitaba over 8 weeks. We showed that chalcones from Ashitaba exhibited inhibitory behavior against HMG-CoA reductase, a rate-limiting enzyme in cholesterol biosynthesis32). Moreover, we also reported that repeated administration of alcoholic extracts of Ashitaba containing chalcones increased serum HDL-cholesterol and elevated the expression of hepatic genes related to cholesterol transport in fructose drinking rats (unpublished data). Ogawa et al also demonstrated that the extract of Ashitaba increased serum HDL-cholesterol in spontaneously hypertensive rats33). Thus, these findings suggest that chalcones from Ashitaba may be effective against abnormal cholesterol metabolism via multiple mechanisms, although further study is needed to clarify.

Ashitaba has been eaten in the Izu islands and Kanto area in Japan for a long time and was reported to be an edible plant on “Yamato honzo”, published in the early 18th century. In this study, no adverse changes were observed in blood biochemical analysis, vital signs, hematological analysis and urinalysis dur-ing test periods. We have already confirmed that alcoholic extracts of Ashitaba have no mutagenicity on bacterial mutagenesis test. In addition, 13 week repeated oral adminis-tration of Ashitaba powder to male and female rats showed no adverse effects on body weight, food consumption, blood bio-chemistry, hematology, urinalysis, ophthalmoscopy, organ weight and histopathology (unpublished data). Further, long-term ingestion of Ashitaba showed no adverse effects on nor-mal and diabetic adults22). Taken together, Ashitaba is safe foodstuff not only for healthy adults but also for the patients with MetS and diabetes.

We conducted human study to evaluate the efficacy and safety of Ashitaba on patients and candidates with MetS.

Ingestion of Ashitaba for 8 weeks significantly decreased VFA, body weight, BMI and body fat, respectively. There were no adverse clinical changes in blood analysis and urinary test, and no serious symptom was observed. Although more detailed studies are needed to clarify, these results indicate that it is possible for Ashitaba to be a useful and safe foodstuff for prevention of MetS. 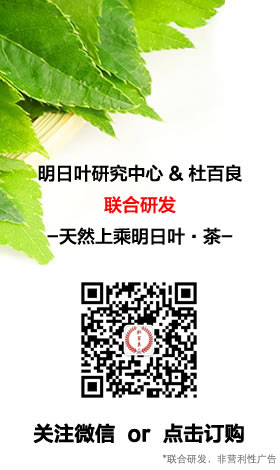